Due to high volumes our website may be slow to load, please try again at a later time.
Thank you for your patience as we work on a solution.

By Jenny Eastman and Julian Anderson

This article was originally published in the Fall 2017 Our Backyard Newsletter.  It has been partially reprinted here with permission from the Natural Environment in Saanich and the authors, Jenny Eastman and Julian Anderson. 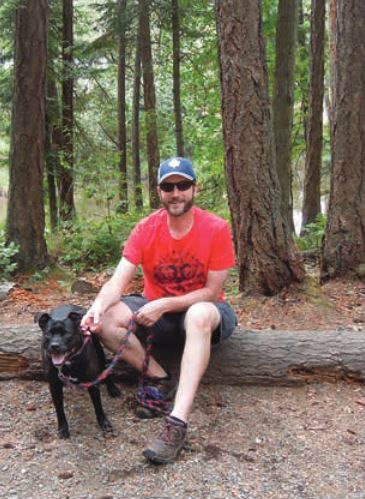 Restoration of Natural Systems Program graduate, Julian Anderson, created Friends of Cuthbert Holmes Park in 2005 and has since led schools, churches, community groups and individuals in removing invasive species and advocating for the park. He grew up on the bank of the Gorge Waterway in the era of free-ranging youth, and the many parks and natural beauty of the area left a lasting impression.

Julian enrolled in the RNS program in 2002 thinking he’d learn better ways to pull broom, but instead he learned much about planning, and especially the importance of community involvement in ecological restoration. Whenever the courses allowed, he would do his studies and reports about Cuthbert Holmes Park:

“It’s a rich oasis for nature. A few years ago, the park was home to the largest Great Blue Heron colony on Vancouver Island, with 67 nests. The Colquitz River meanders through and it has a wild salmon run with up to 1,500 Coho in recent years. There are also River Otters, Harbour Seals, American Mink, and Raccoons. It is also a hotspot for bird watching, with Cooper;s Hawks, Bald Eagles, and owls. We’re lucky to have such a place in an urban environment and we need to protect it from continuing encroachment.”

Julian was recently profiled as a “Pulling Together” volunteer in the fall issue of Our Backyard. Read the full story here.