Philosophically speaking, it's a way of life

Since his early 20s, Doug Hutchinson has been living a life of philosophy and scholarship. Now, as a retired university professor with roughly 45 years of post-secondary study, post-doctorate research and teaching under his belt, he still enjoys doing philosophy with students. But apart from that, he acknowledges "the students, taxpayers, benefactors, grants and fellowships that have invested a lot in funding my studies and researches. It’s my karma … I’ve got to pay this back."

To Doug, Continuing Studies at UVic is the perfect place to pay a return on that investment. 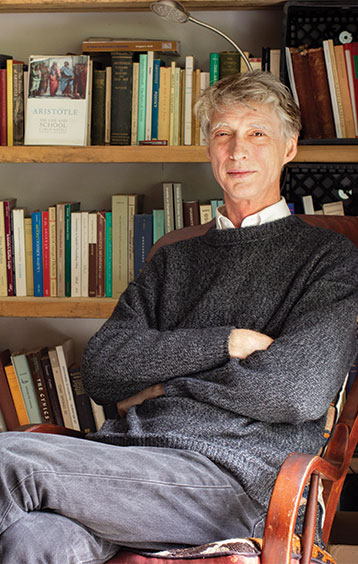 He goes on to say, "A lot of my students are actually older than I am, and there's nothing required, there's no essays or deadlines and they're taking it because they're interested—and if they're not interested, they don't show up. It's a very different game, which is why I say it's something like teaching, but it’s so different from what teaching is usually like at a university or even high school. Apart from being the one at the front of the class, I have no authority in the class; I can’t make them do anything, I can't make them read anything, the only thing I can do is make them more interested or more bored. So it's a very pure challenge. And very fun."

Today, Doug is a renowned expert in the area of ancient philosophy, and the works of Aristotle in particular. But it wasn't always so. Doug started his academic career as a pre-medicine student, studying hard sciences, but his roommate at Queens was taking a first-year philosophy course and after discussing the issues and paradoxes with him, he realized, "this is so much fun, I’ll do it for a while. The serious business of medical school can wait."

The next thing Doug knew, he was a 20 year old Rhodes Scholar, studying—and eventually teaching—at Oxford University in the UK. For the next 40 years, he led a colourful and adventurous life of a scholar, eventually gaining acclaim for proving the authenticity of fragments of a lost work of Aristotle's, called Protrepticus, a dialogue intended to motivate readers to become philosophers (visit protrepticus.info for more on that).

"Of all the periods in the history of philosophy, the one that seems to be the most relevant to people wanting to live as a philosopher is the ancient period, from roughly the fifth century BCE to the 5th century AD. It had a kind of freshness and a kind of generality and a kind of directness to people's lives. Philosophy in this early period was somewhere between subject matter and a religion—but it wasn't a cult, it was an invitation to think." 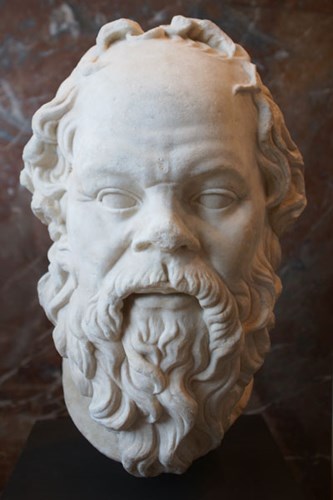 And he’s found, "It's not just young people searching for themselves who are interested in philosophy as a way of life; it turns out that a lot of people my age are too. There's something about a particular way of doing philosophy and a particular period of philosophy where it can be a way of life, where you're thinking about how you understand the nature of friendship, about mortality, why does time speed up as you get older, this kind of stuff."

He has two courses coming up next term, one on the death of Socrates, the other on the Montaigne essay Doing Philosophy is Learning to Die. Why these courses? "Because they are drawn from the same material that my undergraduates found so interesting, and also because they deal with old age and death and this is what any normal thoughtful person would think about when re-organising their life and facing a more limited horizon."

Now as he settles into his own retirement, feeding his chickens amidst the firs and cedars that tower overhead on his peninsula property, he reflects, "I've never lost the promise that philosophy is a way of life. When you take it onboard deeply, your vision is not the same; it's not as if it’s better but it’s got a new colour. You're seeing with wisdom-tinted lenses instead of looking through rose-coloured glasses."