People Power: Why it’s a challenge to find employees with people skills

Article by Shannon Moneo. Photos by Jeffrey Bosdet. This article was originally published in Douglas Magazine.

Today's workplaces are looking for employees who genuinely care about the people they are dealing with. But how will they find them?

Who hasn't entered a retail store only to be ignored by a worker busy chatting with another team member? Or been left waiting to give a restaurant order while the server is mesmerized by their phone?

Between October 2019 and March 2020, the Conference Board of Canada organized 50 roundtable discussions across Canada to explore which workplace skills were in short supply. Employers, educators, students and other stakeholders were consulted.

Seventy per cent of participants said that finding employees with social and emotional skills was a challenge. The deficit was especially notable among the upcoming, younger generation.

Participants also reported that employees showed a lack of professionalism, displayed an inability to relate well to others and possessed a substandard work ethic. The inability to think critically or creatively was also a worry.

Such criticisms were likely voiced 120 years ago, too, as telephones became commonplace in business, or in the 15th century, with the invention of the printing press. Each new technological advance brings out the Chicken Littles.

But today, change happens more rapidly than ever. As online shopping and artificial intelligence continue to infiltrate our lives, one of the roundtable attendees noted, "You can't automate compassion, organizational skills, communication. Those skills are increasingly important as we move towards a more digital economy."

LinkedIn's 2019 Global Talent Trends report verified that view, finding that in almost nine out of 10 situations, when a new candidate didn't work out for an employer, it was because of people/soft skills deficits, not technical ability.

How does a business owner ensure they hire people who are warm and bubbly?

Shellie Gudgeon has been in the hospitality business for 40 years and in November celebrated 30 years as the owner, with her husband Mike, of Victoria's Il Terrazzo restaurant. For what could be a difficult challenge, Gudgeon has found a relatively straightforward way to ensure her staff possess people skills. 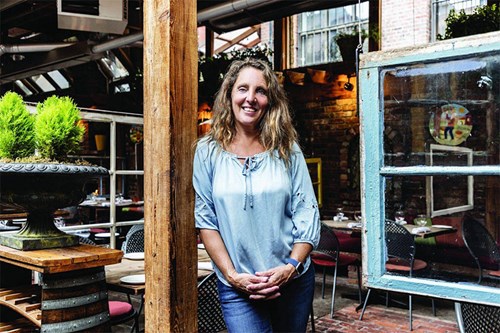 After 30 years of hiring staff for Il Terrazzo, co-owner Shellie Gudgeon has become an expert at picking up at picking up on the people skills her team needs most.

"We have to model the behaviour we want to have. For us, it's an attitude of friendliness and generosity," she says. "The people who succeed with us, they're creating an experience. They're really engaging and willing to listen. That's very important."

With three decades of hiring at Il Terrazzo, Gudgeon has become a pro at picking out those with people skills. Showing up right at 5:30 p.m. or noon would demonstrate a lack of awareness about the restaurant business. Being on time or five minutes early, the opposite. And everyone from the chef to servers to dishwashers understands they are there to serve the customer.

"Some red flags: too much talking, not enough listening," Gudgeon says.

Her servers know not to speak inappropriately with customers. That means, for instance, not cracking a joke when a couple is arguing at the table. "It's intuition, empathy, sensitivity, emotional intelligence," she says. "They have a great ability to read a table."

But Gudgeon has a reminder about people skills. She used to follow the adage of "the customer is always right," but no longer. "They can be wrong," she says. A diner can be a bully or make extreme demands. Having staff with people skills means they can handle unpleasant situations and know how to deal with difficult diners.

Over at Victoria's Magnolia Hotel & Spa, Ronette Nyhan, director of sales and marketing, refers to guest treatment at the boutique establishment as "closing the loop."

From the minute guests make a reservation through the 64-room hotel's switchboard to when they check out, the people-centred staff remember guests' names and preferences — and act on them. When a guest leaves in the morning for a trip to China Beach, staff are sure to ask how the trip was upon their return.

When a solo traveller wants to know a welcoming place to dine, staff help out and, later, ask how the experience was. "Our size gives us the opportunity to really know our guests," Nyhan says.

And how does Nyhan find these hospitable and observant employees? "In an interview, they're the ones asking questions," she says. "They have a warm, welcoming personality. They take an interest in others. They're genuine." 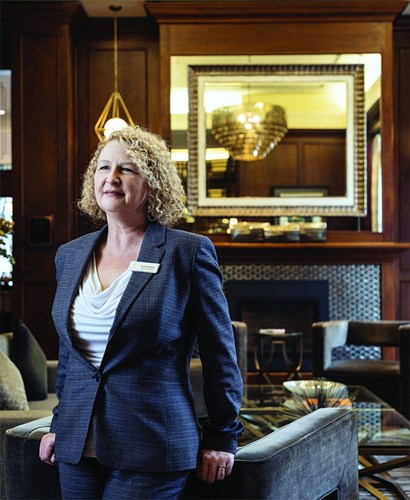 The Magnolia Hotel's director of sales and marketing, Ronette Nyhan, looks for prospective employees who ask questions and take a genuine interest in others.

So why is it a challenge to find employees with people skills?

The immediate answer would be the prevalence of technology, which has led to diminished human contact. Add to that a global pandemic and the move to home-based or remote work, and it's no wonder people skills have fizzled.

Anna Marie White teaches a course called Essential Soft Skills Training through the University of Victoria's Division of Continuing Studies. (Soft skills build on people skills by bringing in self-awareness, critical thinking, organizational ability and time management.) She points to the double-edged sword in the hands of social media.

She adds: "Like all technologies, social media is likely both an opportunity and a threat. It is so new that we are still in the process of agreeing on cultural norms around what is and isn't acceptable in terms of etiquette."

Finding an employee with people/soft skills requires an experienced interviewer. "An employer may be able to tell very quickly if a would-be employee demonstrates social awareness by their body language or how they engage in conversation or by the kind of questions a candidate might ask," White says. "The most obvious way to assess skill is through interaction — how does a candidate handle themselves in an interview setting?"

But employers can be fooled, so White recommends scenario-based interviewing. "It can offer insight into how a candidate actually behaves, versus just talking around what they might know about soft skills," she says. Relevant questions could be: "Can you tell me what you would do if a customer began to harass another customer?" Asking for scenario responses is asking a candidate not to merely tell you what they know about people skills, but to demonstrate their knowledge.

Patricia Galaczy, founder and director of The Art of Dialogue, a Victoria-based mindfulness-training initiative, believes that people skills can be taught — and that the loss of them has a lot to do with how we communicate. "We're not hearing each other. It's words just going back and forth," says Galaczy, who is also a Royal Roads University faculty member. It doesn't help that our attention spans only five to eight seconds, and distractions are rampant.

For Galaczy, one cause of lost people skills is that we're neglecting our minds, which means the ability to think and feel. "We're not paying attention to what it means to be human," she says. "We're uncomfortable with what it's like to deal with difficult things."

But as a teacher, she's hopeful. Authenticity, a sense of self-awareness, asking questions, listening without interrupting and paraphrasing previous dialogue can all be learned if people are willing. "People skills can be trained and being human is a practice. We become what we practise," Galaczy says. "You have to be willing to peel away layers."

Job descriptions may change and the skills needed may evolve, but as Galaczy points out, bosses and workers have to collaborate. "Every organization is a group of people doing something together that can't be accomplished alone," she says. "If we don't know how to be together, we can't problem solve."