The heart within the bones

In May 2014, Stephanie Calce, a forensic anthropologist and one of our community course instructors, was working on her post-graduate work and doing an internship in New York City at the Office of the Chief Medical Examiner (OCME). One day, she was asked if she would like to participate in an event, which she now characterises as "the crux of the work that forensic anthropologists do."

But her story of that event actually starts several years earlier on Sept. 11, 2001, an auspicious date that, at just the mention of it, pulls us all collectively back in time to where we were when those two planes crashed into the World Trade Centre. We all remember images of firefighters and volunteers emerging through clouds of dust and debris with the remains of the victims cradled in their arms. But what happened to those remains from there?

At the time, all 22,000 pieces of human remains were brought to the OCME, for cataloguing, testing and analysis in hopes of identifying the victims. The OCME made a commitment to the citizens of New York that they would keep working until every single specimen was identified. So that is where they remained until 2014. 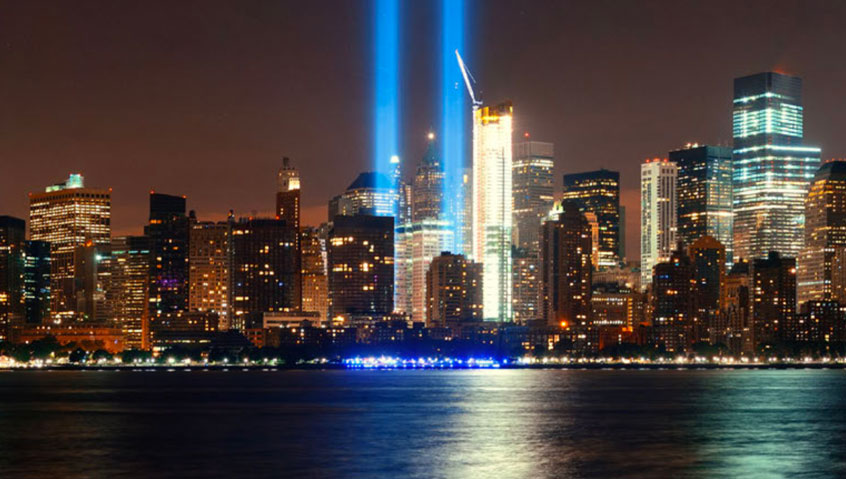 The opening of the Memorial Museum

In May 2014, NYC was preparing for the opening of the National September 11 Memorial Museum, and part of the inaugural ceremonies consisted of essentially a funeral procession of the remains as they were to be moved from the OCME across town to the new museum and into the special crypt that had been prepared for them.

The night before the processional was to take place, amidst fears that the processional might be marred by protests or possibly even another attack, officials made the decision to move the remains quietly through the night.

Stephanie was invited to participate in this effort, carried out almost entirely on the volunteer time of government workers.

"What I found really incredible was instead of forming some sort of assembly line––where you might take something from a shelf and move it to the elevator, then the elevator goes down and somebody picks it up and it gets catalogued and put on a truck––they decided to use those bellman-style trolleys because they didn’t want any of these remains to be sitting on the ground. That, to them, was showing disrespect to the victims, so they instead spent much more time to do it this way. And I was amazed that no one complained of how long it was taking because it was more important that these people were shown respect through this process."

The job of a forensic anthropologist

"People kept apologising to me about how boring it was, but I just found it fascinating because this is essentially the apex of what forensic anthropologists do. We want to provide closure to grieving families and this is one way that we can do that. So that was an incredible experience, you know, not being American, but being involved in that process was a really overwhelming and humbling experience."

It’s one that has shaped her perspective on what forensic anthropologists really do. While in the most sterile sense of a definition, forensic anthropology is the application of archaeological and anthropological techniques to analyze skeletal remains to create a "biological picture"––things like the sex, age, ancestry, stature, body mass, etc. of the individual–– and this information is then used by police to match to a missing person and bring resolution to a legal case.

But after being a part of something like the World Trade Centre event, "you realise that these remains are what’s left of people who have families who want to know what happened to them, and just showing those human remains dignity and respect, even though it’s been, in some cases several years, it doesn’t wane. So that was really humbling."