"My wife thought I was nuts!" laughs instructor Jan Randall, as he recalls all the research and work he put into preparing for the first course he taught with Continuing Studies three years ago. "But it was stuff I was really interested in and I didn’t even really care if people actually signed up for it or not."

When reflecting on why he first decided to teach a course at Continuing Studies, he admits that part of it was that it gave him an opportunity—an excuse—to learn more, to expand his own knowledge. "It was a win-win for me. All of them are!" he says.

Jan is a career musician who teaches several music courses with us, including the popular Barrel House, Boogie Woogie, Honky Tonk and Stride, How to Write a Song, The History of the Symphony Orchestra, and others. Having spent a colourful career as a professional pianist and composer for TV (Second City), radio (CBC’s The Irrelevant Show) and live productions (including the opening and closing ceremonies for the 2011 World Championships in Athletics [IAAF], which was also broadcast to 4 billion people in 200 countries), Jan now enjoys how teaching allows him to pass on his acquired knowledge and experience, and share it with people who are genuinely interested in it.

"And if I were to be 100 percent honest, I just like performing, showing off,” he laughs, “it’s so selfish, but I love playing the piano for people."

"I’ve been a piano player since I was born,” he says, “my mother was a piano teacher, and playing piano is really my favourite thing."

But it was a path that didn’t necessarily come easily to him. "I basically quit lessons when I was five because I just couldn’t read music and I was frustrated. But I could play whatever I heard, so I just kept playing by ear, teaching myself everything I heard."

He started his first garage band when he was about nine, and over the next five years, had played with almost every band in town. "This was in Edmonton, and there was a huge music community there, with lots of clubs to play in and not much else to do in the winter. Unless you skied, which I didn’t do, so I played piano."

But after finding some success out of high school in a band that toured the world playing with several orchestras, he realised he wanted to pursue a career in music, but was embarrassed that he couldn’t read music.

"If I was going to be a professional musician, I felt I needed to be able to read music. So I auditioned for the music department at the university and got in on the basis of some classical pieces that I could play by ear. They thought I could read music," he chuckles, somewhat sheepishly. 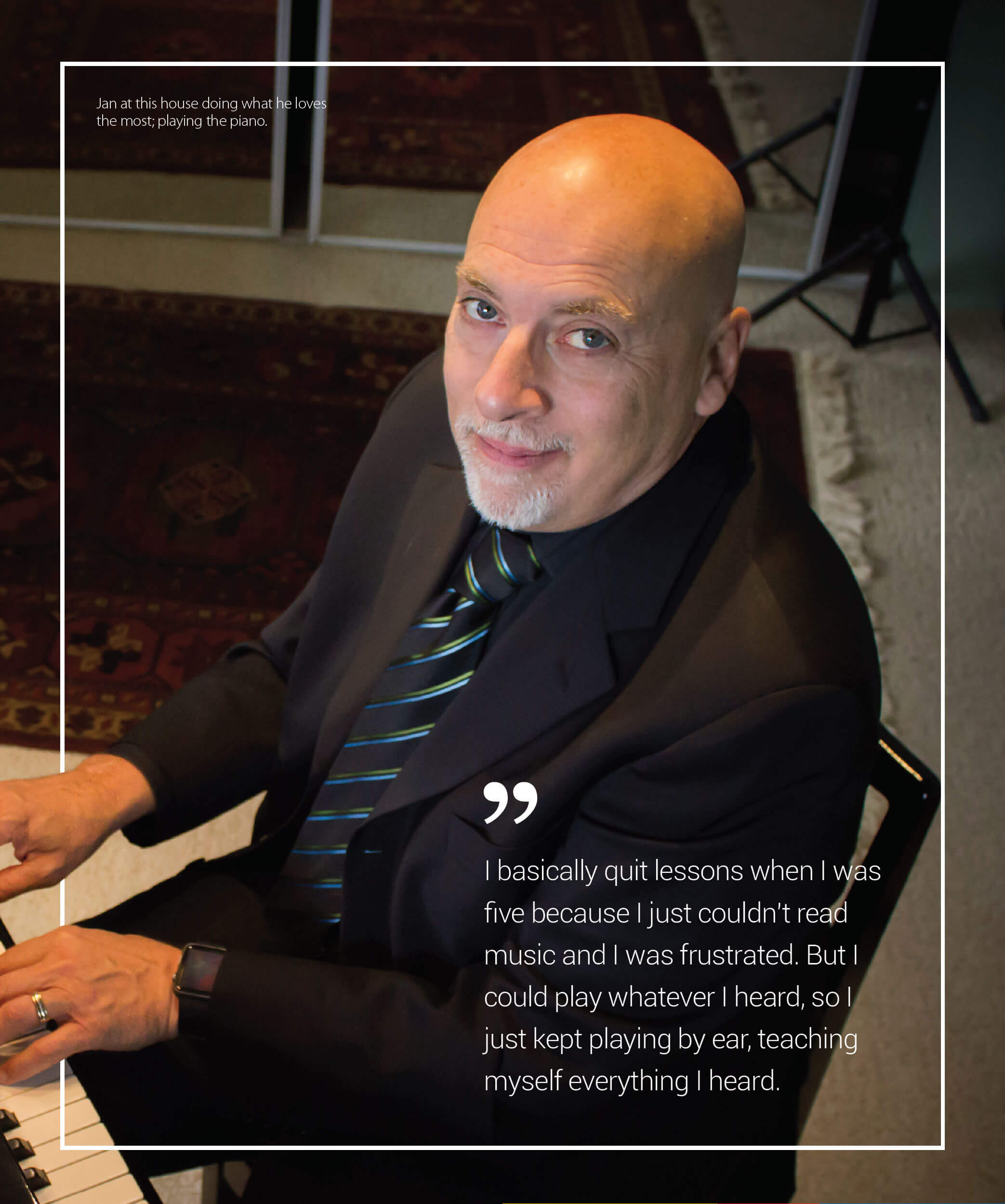 "The biggest problem wasn’t mapping notes, I knew my notes, but rhythmic notations are really weird. You know, when you just play, you can move the beat around; it’s a lot more fluid than just what’s on the page. [For people who] play off the page, it can be hard to let go of the page and just do what you feel. It can be hard to just find the groove. And I was a groove player."

Although he nearly failed his first year, thanks to the caring perseverance of one professor, he finally learned how to read and graduated in his fourth year with a scholarship to attend the Banff School of Fine Arts summer program.

"It was the first time I was away from all this teaching. And all of a sudden I realised that I needed to find out who I was, because you know—you can imitate other people, like a stand-up comedian might do impersonations, but the bigger question is 'who are you?'—so I needed to find that out. And I started writing stuff to answer that question. Finally I was free to explore that."

Today, Jan and his wife (and fellow professional pianist) Ina Dykstra are delving into the world of music publishing. They’ve just released their fourth compilation book of piano music that they have written together.

"I’m proud of the pieces we put out. I’m an improvisational composer, so for me to commit to a musical score is big. Even though I’ve been composing my whole life, I’m not a detail guy and the amount of details that go into committing a piece of music to a page… the details are surprising! But I love this. To me, it’s an adventure!"