Law as a Responsibility: Centring Indigenous Peoples, Laws and Legal Orders in Your Learning and Practice

In this discussion, Professor Tracey Lindberg introduces viewers to the notion and practice of Indigenous law and legal orders. Dr. Lindberg thinks and talks about ways and means to learn Indigenous laws and legal orders, meaningfully and with accuracy. Looking specifically to the territory she is on (Lekwungen and Sannich territory), Lindberg provides examples of non-extractive process, protocols and substance of learning and centring the laws embedded and blooming in Indigenous territories. 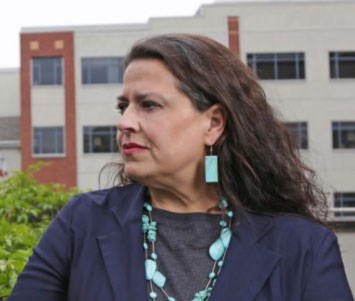 Tracey Lindberg is a citizen of As’in’i’wa’chi Ni’yaw Nation, Rocky Mountain Cree, and hails from the Kelly Lake Cree Nation community. Her book Birdie was a finalist for the Kobo Emerging Writer Award and the 2016 edition of CBC’s Canada Reads. The novel was also long-listed for the 2017 Dublin International Literary Prize, the OLA Evergreen Award and was a nominee for the 2016 Alberta Literary Awards.

Lindberg was a juror for the 2017 Rogers Trust Fiction prize. In 2018, Lindberg was inducted into the Royal Society of Canada’s College of New Scholars, Artists and Scientists. Lindberg currently lives on Coast Salish territory. She is currently writing a book of collected/collective fictions with Cree artist George Littlechild.