From a Distance: Paris and the Transposition of Chineseness

This talk on Chinese art and literature in 1920s-1940s Paris highlights the work of four figures: the artist Chang Yu, the poet Li Jinfa, art critic Fu Lei, and the writer Xu Xu. Drawing on the musical concept of transposition, I argue that Paris is a unique site of negotiation where Chinese writers and artists are motivated to emphasize recognizable markers of Chinese culture. The intimate interplay between visual art and literature reveals how new modes of perception are tied to the artist's persona and the artist's studio as a place of transformative power. 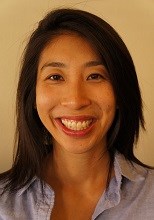