Our diurnal bias has allowed us to ignore the obvious, that the world is different at night and that natural patterns of darkness are as important as the light of day to the functioning of ecosystems. (Rich & Longcore, 2006, p.1) 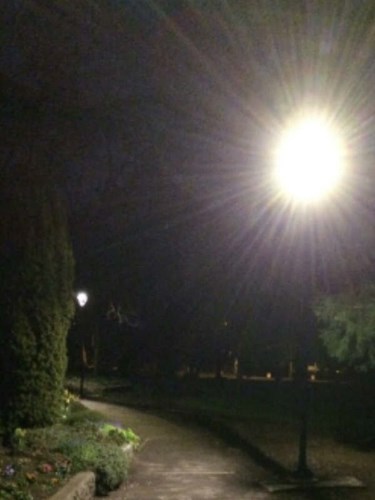 More than half of all North American bird species are migrants, moving seasonally between their breeding and wintering grounds. In his final research project for the RNS program, Andrew Elves analyzed how artificial light in Beacon Hill Park – a 74 hectare park located along the shore of Juan de Fuca Straight in Victoria, BC – exacerbates habitat fragmentation, interfering with the circadian rhythms of migratory birds. By adopting an intelligent adaptive lighting scheme, the park could recover a more natural light/dark cycle.

While many of the birds in the urban environment are what biologists call “urban exploiters” – such as European Starlings – there are many other bird species who either try to avoid urban areas or attempt to adapt with varying levels of success. Urban environments present unique challenges to migrant birds who rely on naturally occurring changes in light levels to trigger the circadian rhythms that signal when it is time, and for how long, to migrate. Light pollution can cause both physical and behavioral changes in birds that can have unpredictable results. Urban parks, like Beacon Hill, have the potential to restore natural light. Read more about Andrew’s project on the urbanecology.ca website.