Read the story and answer the questions. 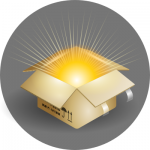 Dave Farrow is a Canadian who appears in the Guinness Book of World Records for having the greatest memory. As a student, Dave had a learning disability called dyslexia. Despite his struggles with subjects like reading and writing, Dave found ways to improve his memory in order to do well in school. In 2008, he set a world record by memorizing the order of 59 decks of playing cards in two days. How did his brain store all of this information? According to Dave, anybody’s brain can do it, but it helps to understand how memory works.

To help the brain focus, Dave recommends breaking big tasks down into smaller ones. He sets a timer and works as hard as he can for short periods of time until the timer alarm sounds. Then he takes a small break. This keeps his focus strong.

One trick is to look at the first letter of every word you want to memorize. Then, create your own word, phrase or sentence using all of those letters. This is called an acronym. For example, if you want to remember all the colours in a rainbow, try remembering the name Roy G. Biv. Each letter in this fictional name matches the first letter of a colour: red, orange, yellow, green, blue, indigo, and violet. When you want to remember the colours of a rainbow, just think of Roy G. Biv and you will have an easier time.

Another trick is to organize information into chunks. For example, when you try to remember a telephone number, your brain usually remembers it in chunks. You remember the area code as one chunk, the next three numbers as a chunk, and the last four numbers as a chunk. This way, your brain only has to remember three things instead of ten. This works for words as well as numbers. Imagine that you wish to improve your vocabulary. Whenever you learn a new word, study words that share the same meaning. This way, you learn several new words at the same time and you only need to memorize one definition. Such words are called synonyms. For example, synonyms for the word big are huge, enormous, gigantic, large and massive.

A third memory trick is to use visualization. Say you wanted to memorize how people developed from wormlike creatures into human beings. First, create a picture in your mind for each stage (picture a worm, a fish, a monkey and a human). Then think of a path you regularly walk along. For example, you might normally walk from the path outside your home, into your house and into the kitchen. Finally, imagine each picture in a place along that path. For instance, in the garden you might see a worm. There might be a garbage can in the garden. You can imagine that the garbage can is full of rainwater and inside you can see a fish. When you enter the house you might see a bedroom door. You can imagine a monkey is jumping on the bed. Then you might see a member of your family, a human, cooking dinner. Visualize that path a few times and you’ll have the information memorized. Visualization works because the brain remembers images well, and the wackier an image is, the easier it is to remember.